A German-Jewish immigrant with a grammar school education, Gus Kahn rose to be one of the highest-paid lyricists of the 1920s and 1930s, producing as many as eight chart-topping hits a year. He also collaborated with co-lyricist Ira Gershwin and with some of the finest composers of the day, including Richard A. Whiting, Al Jolson, Vincent Youmans, George Gershwin, Jerome Kern, Harry Warren, and his primary collaborator Walter Donaldson. Of his more than 800 published songs, many including “Carolina in the Morning,” “Toot, Toot, Tootsie (Goodbye)”, “Making Whoopee,” “Ain’t We Got Fun” and his masterpiece, “It Had to Be You,” have remained popular standards over the course of nearly a century. 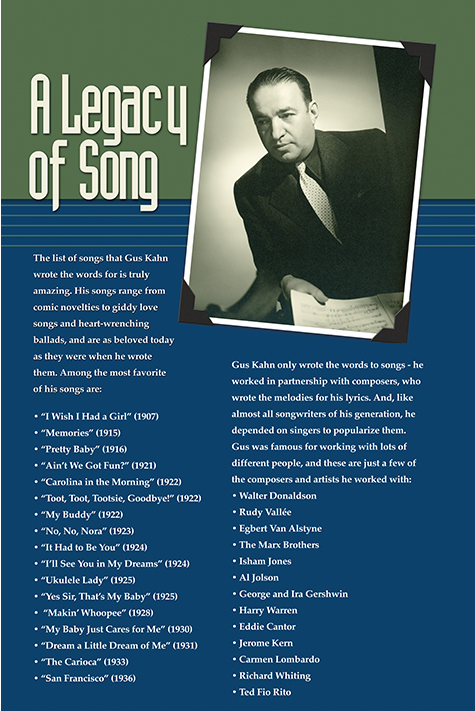 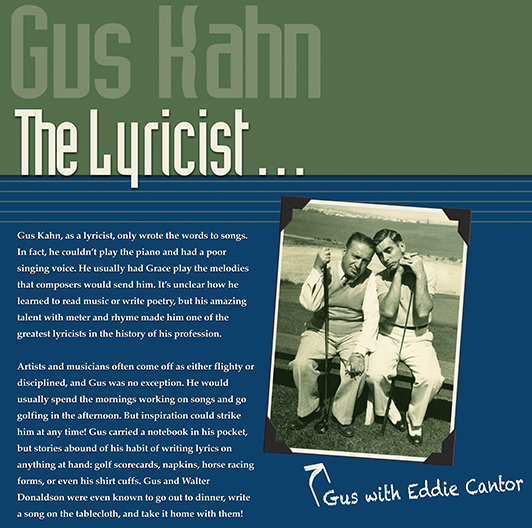